27 January 1945. The Soviet troops of the First Ukrainian Front Army break down the gates of Auschwitz-Birkenau camp.

On that day 71 years ago, the whole world stops and discover the greatest horror of human history. More than six million people systematically deported, imprisoned and killed in the name of principles of eugenics, discrimination and anti-Semitism.

On the occasion of the “Memorial Day”, Eron, leading representative of italian Urban Art scene, symbolically depicts the face of Anne Frank on the side of an old abandoned freight wagon. 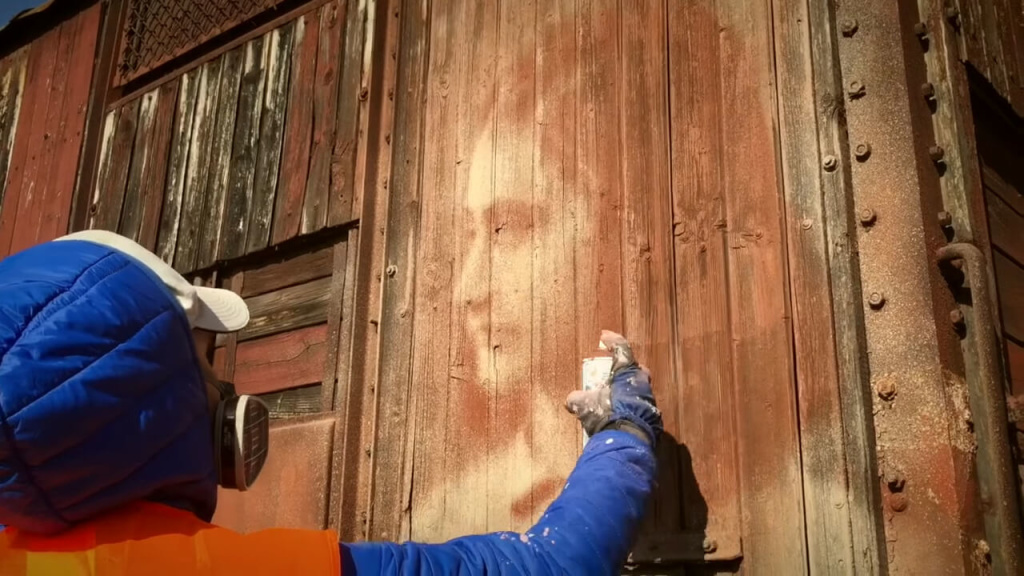 Eron impresses with his sensitivity on the ruined vertical slats the shape of the young Jewish girl forced to live in an hiding place in the west of Amsterdam.

A portrait almost erased by the wind, as it had always been there.

Time goes by, wearing out the wood, rusting the metal.
But it can not and should not wipe out the memoy.