Home Events/Exhibitions El Greco in Italy. Metamorphosis of a Genius 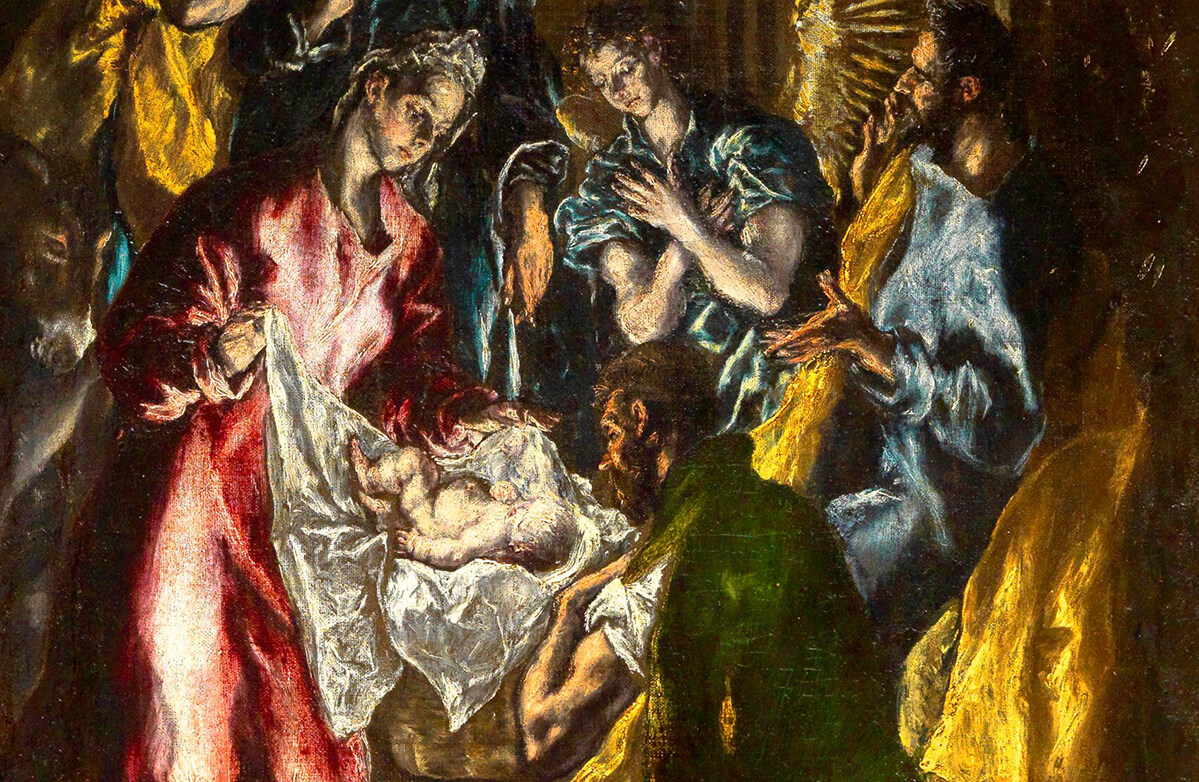 Domenikos Theotokopoulos, better known as El Greco (1541 – 1614),
can’t be placed in a classical painting current; one of the most visionary and extravagant artist of his time, El Greco shattered the conditioning constraints of naturalistic vision opting for the more spiritual emotion. So much underestimated alive than estimated and celebrated posteriorly.

He had no students and has not created schools, was recognized by critics only three centuries later, thanks to the masters of Impressionism who elected him as a precursor of modernism, their ancestor. In his paintings he already felt the whisper of modern art.

Charismatic and instigator, El Greco is the brilliant painter of the ‘500 who has influenced the european avant-gardes of the twentieth century. Masters such as Manet, Cézanne, Matisse, Chagall, Pollok and above all Picasso, with the beautiful “Demoiselles d’Avignon” (one of the works at the exhibition), and Bacon with the “Crucifixions“, which reveals the abysmal discomfort of the artist through the fierce distortion of the figures, wich we can see in the harmonic creations and chromatids of El Greco.

Italy, cradle of the genius

“El Greco in Italy,  Metamorphosis of a Genius”, it is the most important retrospective ever staged before the artist of Crete reserved. The exhibition scours for the first time the period in wich the painter lived in Italy (1567-1576). He was a paradoxical figure in art as in life. After the debut, in Crete, as an icon painter in 1565, El Greco has first traveled in Venice and five years later in Rome, acquiring the art of Titian, Tintoretto and Michelangelo, renewing himself radically. A decade that shaped the artist morphing his style from master of byzantine iconography to universal genius.

At the exhibition we can see masterpieces of El Greco: St. Demetrio, the altarpiece called Modena Triptych, the Adoration of the Shepherds, the portrait of Giulio Clovio, the healing of the blind, the Crucifixion, the St. Francis, the Saviour Blessing, the Altarpiece of Ferrara; and artists in comparison: the St. Francis receiving the stigmata by Titian, the Madonna of St. Zechariah by Parmigianino, the allegory of the battle of Lepanto by Veronese and the allegory of the fire by Bassano. For the event will be presented a mysterious work never before exhibited to the public.

The visitor will live a unique adventure in an exploration that begins with Renaissance art till the European avant-garde. It’s clear how the verticality of floating figures, the provocative performance inside of the images, the slashing colors and the sparkling  balenii have bewitched after three centuries the great masters from the nineteenth century onwards.

The works exhibited come from prestigious museums and private collections all over the world. The event is curated by Prof. Lionello Puppi, emeritus of Ca ‘Foscari.

Organized by: Kornice of Andrea Brunello, with the collaboration of Fondazione Cassamarca. With the support of: MIBACT – Ministry of Heritage and Culture and Tourism of Regione Veneto, Province of Treviso, Treviso Council.