Home Events/Exhibitions Eugène Delacroix and the Rise of Modern Art 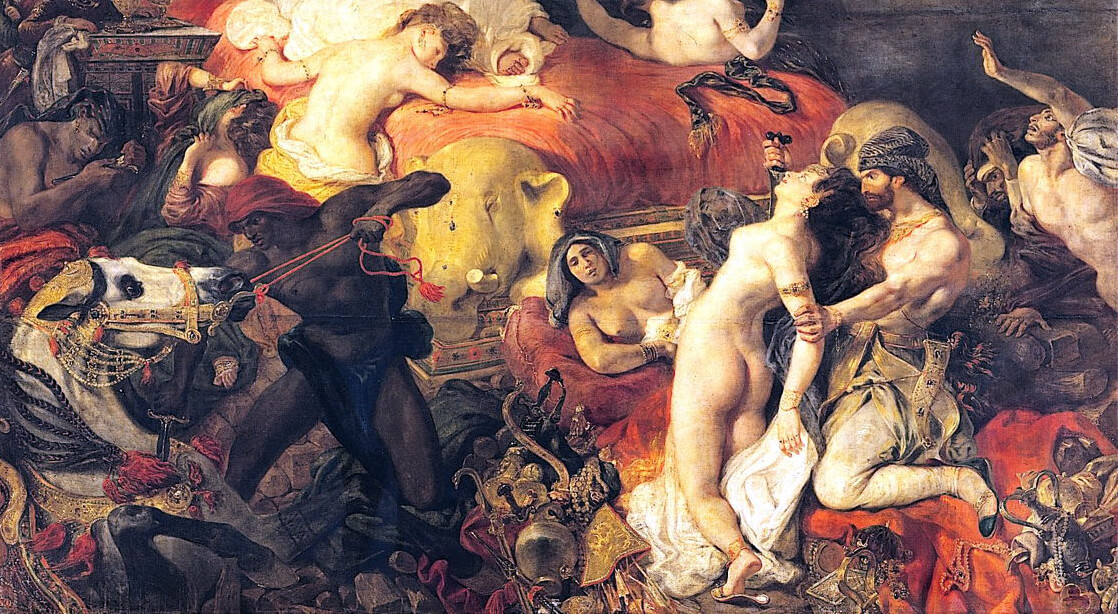 “We all paint in Delacroix’s language” (Paul Cézanne)

Eugène Delacroix, irreducible rebel, enigmatic and extravagant. Few artists have had over him such a deep and lasting influence on his contemporaries and on future artist’s generations. This is the dominant theme that this event aims deepen. Delacroix was the flame that ignited a revolution the influenced the art of French painting of the IXX century.

His work is credited with having liberated the color palette and technique from traditional dogmas and practices, opening the way for new painting styles, such as Impressionism and, thereafter, for artists who have found inspiration in his art, including Manet, Cézanne, Van Gogh, Gauguin, Renoir, Matisse and Kandinsky.

His inspiring paintings of biblical scenes, real and imaginary journeys to North Africa and colonial reports, but also the scenes influenced by English literature and painting (Delacroix went to England in 1825 where he visited the studio of Richard Parkes Bonington), vibrated of all the pentagram of the human passions: love stories, lust, violence, war. “The first merit of a painting is to be a feast for the eyes”, said the painter in his old age.

Delacroix, called “Poet of painting” by Charles Baudelaire,  is one of the most exciting artists for the intensity of drama, the unrestrained fantasy, the violence, the sex and the sensuality represented on the canvas throughout his life. “I do not like the rational painting“.

Eugène Delacroix from the world

The exhibition brings together on this occasion more than 60 works from 30 major public and private collections around the world, including the Musée du Louvre, Musée d’Orsay and the Petit Palais (Paris); the J. Paul Getty Museum (Los Angeles); the Metropolitan Museum of Art (New York); the National Gallery of Art (Washington); and the Van Gogh Museum (Amsterdam). Delacroix paintings are exhibited alongside the works of his famous contemporaries artists and subsequent followers who over time have followed in his footsteps till the extreme abstraction of Kandinsky.

The canvases are shown by theme, in order to deepen the work of Delacroix, and to investigate the strong footprint of his influence in renewing the art of French painting in the IXX century. The themes examined contemplate: Orientalism; religious, literary and historical narratives; animals, flowers and aestheticism.
Official link