Home Events/Exhibitions From Kandinsky to Pollock. The priceless collection of the Guggenheim 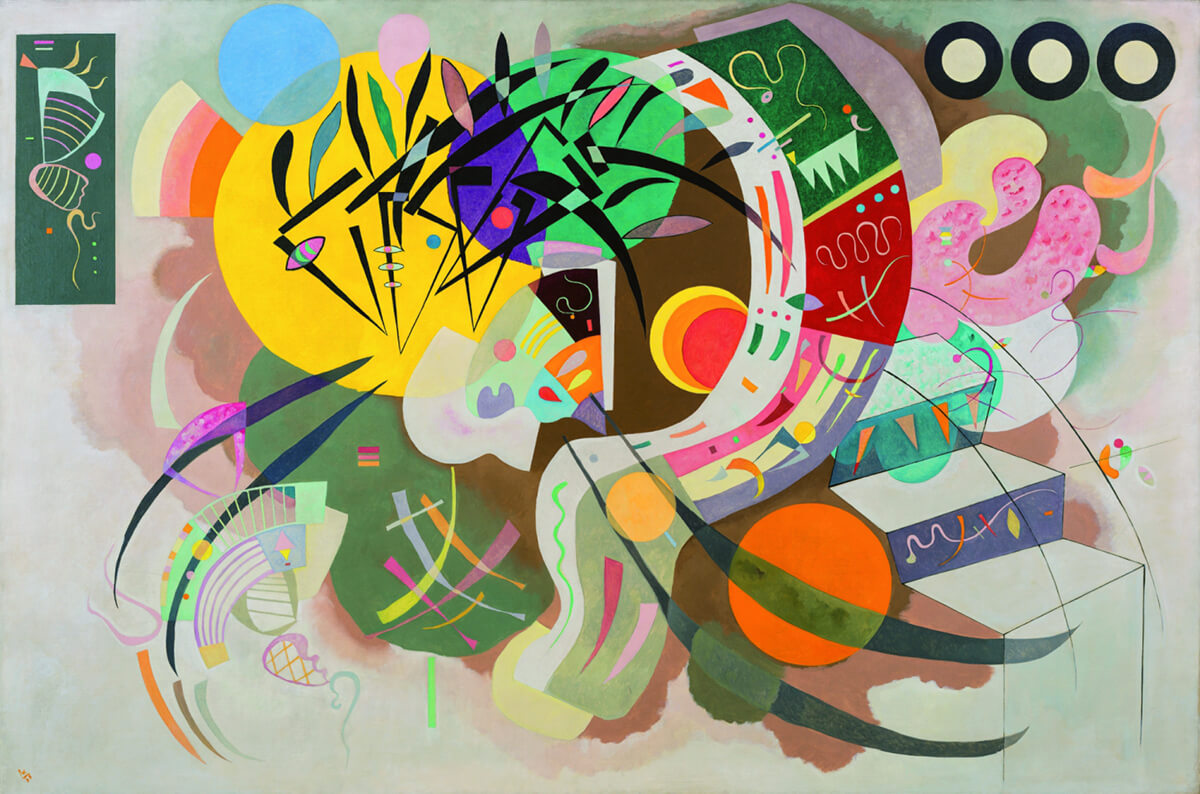 “From Kandinsky to Pollock. The Art of the Guggenheim Collections”.
An exhibition curated by Luca Massimo Barbero, for two myths of art collecting: Peggy and Solomon Guggenheim. Peggy was a forefront woman, wealthy and young heiress, collector and patron, but also merchant and gallery owner, art and artists lover. Groundbreaking, with an innate intuition for discovering new talents, in 1946 caused a scandal by publishing the full list of artists who where her lovers in his autobiographical book “Out of This Century“.

Solomon Guggenheim, a refined entrepreneur, did not appreciate much the artistic projects of the niece Peggy and delegated to the german baroness and painter Hilla Rebay the care of his abstractionist collection. “She will soon discover that she spreads mediocrity, if not junk”. This was the curt response to that Rebay gave when Peggy suggested him the purchase of a painting by Kandinsky in place of a painting by artist Bauer, her lover.

The Baroness Rebay never imagined that, it “junk”, after been awarded universally today is the queen of the exhibition at Palazzo Strozzi. The exhibition make a comparison outlining the two souls of the American patronage, Peggy and Solomon, inviting us to the reading of the two incompatible temperaments.

The goal for both, art lovers and enthusiasts, unstoppable collectors and museums promoters, is to spread a revolutionary concept of visual enjoyment for the benefit of the public. Peggy lives immersed in the embryo of the contemporary vanguards, she is a fundamental and inspiring part by motivating and promoting them in order to make them expand. With a fabulous collection that has expanded over the years, Solomon, instead, cements the pillar of a real synthesis of avant-garde abstractist movement taking its first steps by the great masters of the old continent.

From Kandinsky to Pollock: art between Europe and America

Among the exhibits there are “Dominant curve” by Kandinsky, “The Kiss” by Max Ernst, surrealist art manifesto, “Study for chimpanzee” by Francis Bacon; american abstract expressionist masterpieces such as “Resplendent” by Sam Francis and “Gray medley” by Frank Stella and the chromatic “Preparations” by Roy Lichtenstein.

The architect Luigi Cupellini has segmented and organized the exhibition chronologically in nine rooms, from 1916 to 1968:

I – The Guggenheims and Their Collections

II – Europe–America. Surrealism and the Birth of the New Avant-Gardes

The exhibition starts with Peggy and her museum-gallery Art of This Century, and continues with Solomon with the Guggenheim Museum in New York. In the second room there are the Surrealism artworks selected by Peggy. In the third room, Jackson Pollock and his adventurous life, while Abstract Expressionism of Willem de Kooning and artistic experiences in Europe are in the rooms 4 and 5. The hall 6 it is dedicated to the works of the artists with whom Peggy liked to surround himself. In the 7th one there are the color plate of Luis Morris, the rationalism of Frank Stella and Alexander Calder‘s mobiles. The 8th room is entirely dedicated to Rothko, of whom Peggy immediately realized the talent. The experimental research of the ’60s in Europe and the United States complete the exhibition in hall 9.