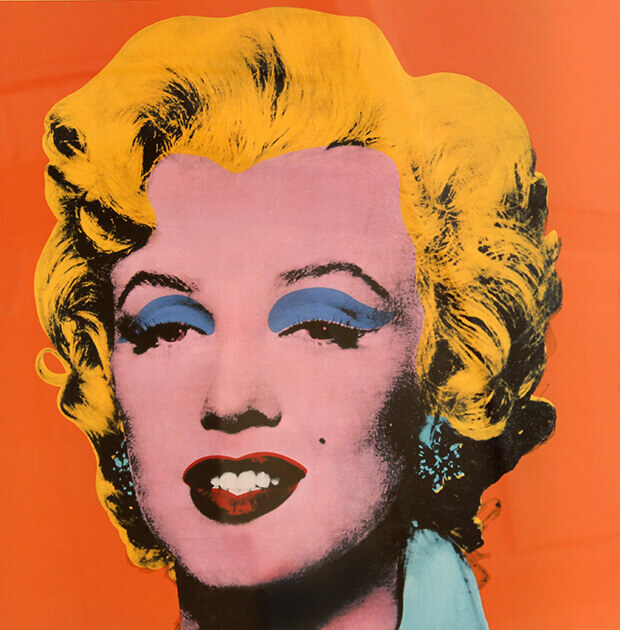 After the great success obtained in Milan , Andy Warhol finally arrives in Rome. The exhibition shows the work of the father of the American Pop Art, from stamps like S&H Green Stamps, Red Elvis or the great 192 One Dollar Bills, to the two gorgeous Marilyn, hit in the forehead by a gunshot in the photographer studios of Billy Name.

There will be displayed other super icons by the American artist, like the famous Brillo Box and the first Flowers, Mao, Ladies and Gentlemen – series dedicated to New Yorker Drag Queens– and a large number of Skulls, craniums started being created in 1976 and then multiplied during the years. An entire room will be dedicated to Polaroid, showing the New York élite of sixties. In addition, obviously, there will be the giant Oxydation, or called “Piss Painting”, created by urinating on metallic pigments, with the resulting chemical reaction of a rainbow of colors.

You can also appreciate some works of 1986, first of all the gigantic Camouflage as then the tribute series of Leonardo Da Vinci with Last Supper. This painting was on order of the art dealer Alexandre Iolas and belonging to his largest series about “religious” theme, made of 100 variations of the original one. With this series, the artist reproduced the original Leonardo’s painting in black and white, half created from the image serigraphy and the other half casted on canvas.

By a twist of faith, Andy Warhol died before the exhibition of paintings in Milan, making them his really Last Supper.